"A Taste of Love by Kamlesh Ranjan" Novel launched

5 Ways which help you to stay focused while studying

Books by Indian Authors you must Read 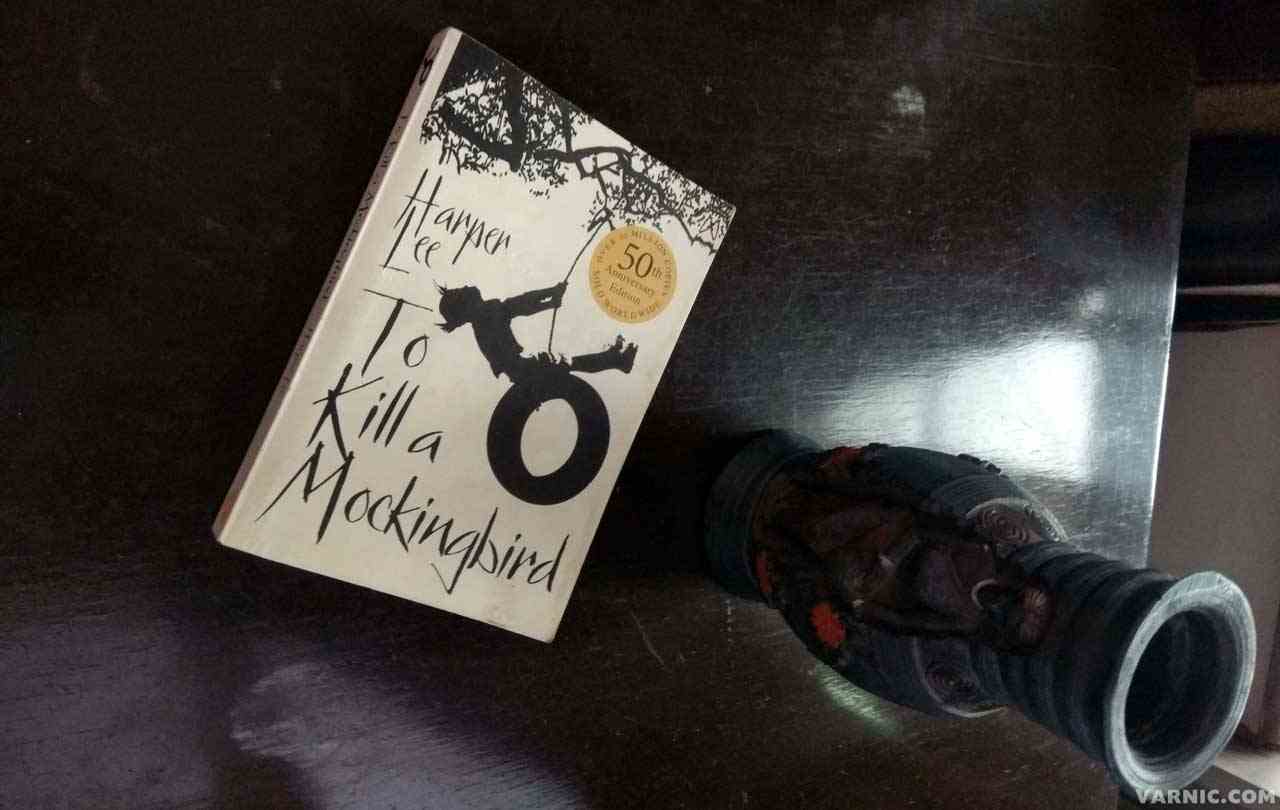 ‘To Kill a Mockingbird’ was written by an American novelist Harper Lee and published in the 1960s. In, 1961 Harper Lee won Pulitzer Prize and become a classic of modern American literature. In 2007 she was awarded the Presidential Medal of Freedom.

The characterization and storyline are lightly influenced by the author’s childhood observations and memories of her neighborhood and family in her hometown of Monroeville, Alabama.

The following figures are some of the main characters in the novel.

The protagonist and narrator of the novel Jean Louise Finch (Scout). Jean older brother Jeremy Finch (Jem). Atticus Finch Jean (Scout) father who is a respected attorney of the town. The mysterious person Arthur “Boo” Radley who stays hidden in his home.

The story is narrated by a Jean Louise Finch a young girl who was usually called by her nickname, Scout. The little six-year-old girl is a bit rebellious girl who has a tomboy’s appearance. Jean Louise Finch (Scout) lives with her father Atticus and her older brother Jem at Maycomb town, Alabama. Maycomb is a small town. Atticus is a successful lawyer makes a solid living in Maycomb. Atticus raises his children by himself with the help of Calpurnia (her black housekeeper). Atticus’s wife died when Jean (scout) was only two-year-old and her brother Jem was four-year-old so she does not remember her mother well but in Jem memories, their mother was always there.

In the summertime, a boy named Charles Baker Harris moves in next house at the neighborhood. The boy Charles like to call himself Dill, come to spend summer with his aunt Miss Rachel Haverford. When Scout almost turn to six and Jem is nearly ten-year-old. In no time Dill becomes a good close friend of Jem and Scout. The only neighbor who is still a mystery to these three kids is Arthur Radley, they have given Arthur a nickname ‘Boo’ who stayed inside his house only and never comes out.

One-day Jean (Scout) recounts how Boo got into trouble when he was a boy and his father imprisoned him in the house as punishment. People had suggested that Boo was crazy and should send to the medical asylum. But old Mr. Radley refused to send his younger son to admitted into the asylum. Nevertheless, Boo continued to stay inside the house only. Now, it’s been fifteen years nobody heard from him. Dill is completely fascinated by Boo’s story. Dill tries to convince Jem and scout to help him lure the Boo beast to the outside. Then Jem and Dill played a little game they gather up their courage and run towards the Boo Radley’s house to touch it but there was no sign of any movement from the inside. It seems like Scout little eyes have caught a movement she thinks that she sees a shutter move slightly as if someone were peeking out.

Jean (Scout) goes to school for the first time and she totally hates this idea. Scout hates school, she likes to gain her education on her own way at the streets and from her Father. The following summer Dill returns back to his aunt place. Dill, Jem, and Scout being to act and play dram out of the Boo’s story. However, Atticus finds out about this and puts a stop to it. Atticus tried to explain the children to try to see life from another person’s perspective before making any kind of judgments towards them. While walking Back towards their home Jem and scout find gifts apparently left for them in the hole of a tree at the Boo’s place. The next winter Jem and her sister scout find more presents in the tree hole. But to stop this Nathan Radley (Boo’s older brother) eventually plugs the tree hole with cement.

A few days later, a fire breaks out in another neighbor’s house. During the fire, someone puts a blanket on Scout’s shoulders. Scout was pretty sure that it was Boo who helped her. Shortly, after this incident, Jem told Atticus about the presents they have got from Boo.

Soon after this incident, Jem and Scout find out that their father is going to represent a case of a black man named Tom Robinson. Tom Robinson who is accused of raping and beating a white woman. He trial begins and the black man is put behind the bars. A night before the trail, Atticus had a showdown with the mob who gathers up to lynch him. After hearing the noise Jem and Scout come out of the house to join their father.

At the trail, the Finch children sit in the colored balcony among the town’s black citizens. Suddenly Finch children have to face a difficult time, a barrage of racial slurs and insult because Atticus was defending a black man. During the trial, Atticus proves the innocence of the Tom but in this process, Atticus unintentionally offend the accuser father Bob Ewell who was a lazy drunk and a nasty person. But unfortunately in the end judge gave the order in favor of Bob Ewell. All three children were upset by the decision to convict.

Bob Ewell was not happy with Atticus so he decides to take revenge on him. Scout has to play a role at the school on Halloween pageant but Atticus and scout’s aunt were too tried to attend it. So Jem has to take her young sister Scout to the school by himself. While coming back from the school they were attacked from the behind. Jem was badly injured and breaks his arm. However, Boo Radley manage to save both the Finch children and end up stabbing Bob Ewell. Boo, help Jem by carrying wounded Jem on his back to the Atticus’s house. In order to protect Boo, Radley Sheriff noted the statement that while attacking the kids Bob Ewell tripped over a tree root and fell on the knife he was carrying with him. After that Boo disappears again into the Radley’s house.

Related Topics:To Kill A Mockingbird
Up Next