Book Review: ‘And Then There Were None ‘
Advertisement 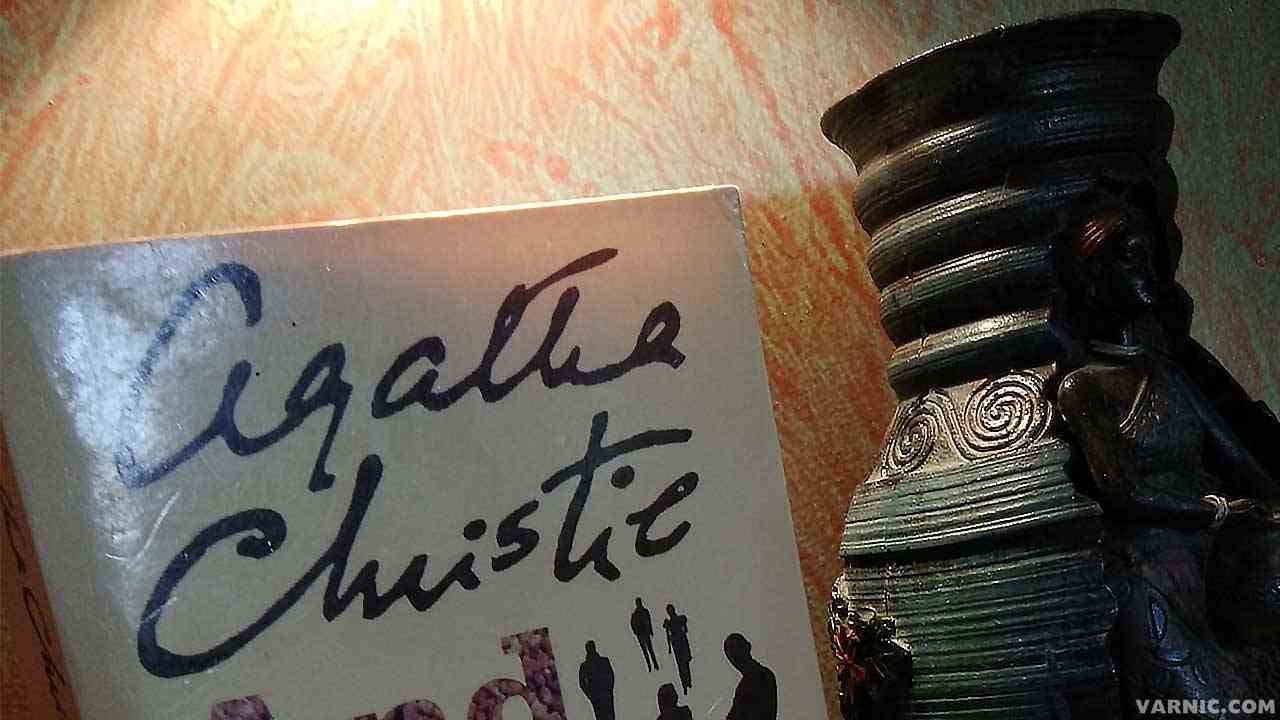 ‘And Then There Were None’ was written by Agatha Christie were published in the year 1939. Agatha Christie was born in 1890 and died in 1976. Christie was the first recipient who was awarded by the Grand Master Award. Some of her major mystery novels are ‘The Mysterious Affair at Styles’, ‘The Murder at the Vicarage’, ‘The Secret Adversary’, ‘The Murder of Roger Ackroyd’, ‘Murder on the Orient Express’, ‘Death on the Nile’ and more.

‘And Then There Were None’ making it the world’s best-selling mystery novel ever, and one of the bestselling book of all time.

The following figures are some of the Major characters’ player in this book.

The plot opens up when 10 People totally unknown to each other from different places were invited to a mysterious island named ‘Soldier Island’ through a letter by a couple called Mr. & Mrs. U.N. Owen. All the arrangements were made by the Owen and the guest was traveling by train or by car to dock. From dock to soldier island by a boat which was already been waiting for them. On 8th August all guest gathers up at the dock as per details mentioned in the letter. Two guests Mr. & Mrs. Rogers reached two days earlier than others as they were hired as housekeepers. Vera Claythorne who received a job letter to be a secretary of Mrs. Owen was also considered as an employee. Mr. Justice Wargrave, General Macarthur, Mr. Blore, Philip Lombard, Miss Emily Brent, Dr. Armstrong, and Fred Narracott as their main guest. As they travel towards the island, each has a brief moment of remembering a traumatic experience from their past. When they arrive at the island, the character realized that they have not actually met Mr. and Mrs. Owen and the servant had only been hired a few weeks ago. After that Mr. and Mrs. Rogers, the house’s servants, escort them to their rooms. Vera discovered an old piece of rhyme which talk about actions and deaths of Ten Little Indian Boys. Each of them is killed until there were none.

One choked his little self and then there were Nine.

One overslept himself and then there were Eight.

One said he’d stay there and then there were Seven.

One chopped himself and then there were Six.

A bumblebee stung one and then there were Five.

One got in Chancery and then there were Four.

A red herring swallowed one and then there were Three.

A big bear hugged one and then there were Two.

One got frizzled up and then there were One.

He went and hanged himself

And then there were None.

At the dinner time, suddenly a booming voice echoes through the room. That voice charges all the guest with the list of indictments. Each guest is named under implicated in the murder of a person. Mrs. Rogers fainted upon hearing the indictments the voice made. There was a panic, sudden anxiety, and terror in the guest voices. In the next room, the guests find a gramophone with a record on it. Everyone begins to doubt Mr. Rogers. As he had been the one to play the record, but he swears he had only done in on the instructions of Mr. Owen. Each guest then begins to gives their story of how they were invited to this island.

According to the judge, they all may be called by a homicidal lunatic to this island.

The group then begins to explain the circumstances behind the acts of murder for which they are accused. Each guest has a reasonable explanation, though it is obvious some are wracked with guilt over the incidence. The first victim in the novel was Anthony Marston. Rogers told the group that it will be morning before the boat returns with supplies for the island so we just need to stay here till morning to get out of this island.  As he says this, Anthony Marston takes a sip of his fresh drink and starts to choke. He falls to the floor and dies.  In the meantime, Rogers goes to the dining room and suddenly notice that one of the china dolls of Ten Little Indian statuettes is missing.

At the morning time, Armstrong is awakened by Rogers, who tells him that his wife will not wake up. Armstrong checks on her to find that she is dead, likely poisoned by a lethal dose of sleeping medicine. In the house, Rogers discovers that another Indian china figure is missing and he got frightened about it.

The guests end up to accuse each other of conspiring in the crimes or partner with U.N. Owen. In the morning, they awake late to discover that Rogers has not woken them up. In the unlocked dining room, they discover that another of the Indian figures has been broken. Soon they discovered that Rogers is dead too.

The final chapter of the novel is a confession letter signed by the killer. He explains that he motivates to killing the guests. He tells them that he had always had a keen sense of justice. So he had wanted his act of murder to be a grand piece of art and for the world an unsolved mystery. He had killed the guests in order of their guilt, using the nursery rhyme as best as he can.

The killer tells them that Armstrong ends up trusting him. Armstrong had helped him fake his own death so that he could then spy on the other guests and determine who the killer really was. In the end, Vera Claythorne eventually took her own life and it was with great pleasure that the killer watch. He had written this confession first, stuffed it in a bottle, and thrown it out to sea. The letter is signed by Lawrence Wargrave. The killer then set up a method to kill himself with a gunshot to the head.

This book is an amazing piece of work to read especially for the book lovers who love to read mystery thrill and crime novels. This book is one of my favorite book of all time to read which is elegantly describe how a killer killed all the guests by using an old nursery rhyme.