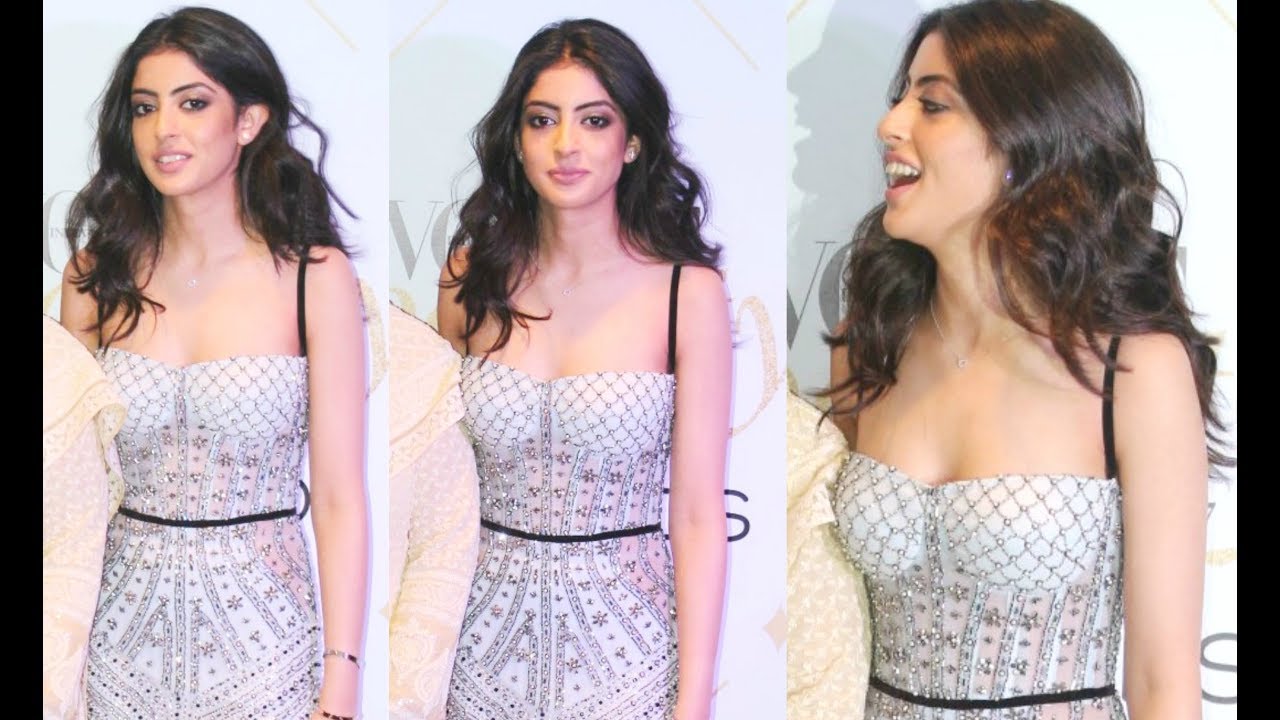 Let’s take a look at some lesser-known facts about Navya Naveli Nanda.

Parents are the God in real life; they are a true blessing from God.

Not everyone gets the loving parents those who get are the luckiest human being on the earth. These star kids also have the best loving parents. Navya is the daughter of Shweta Nanda and Nikhil Nanda. Her father is a managing director in a very famous escort group.

In real she is the Great Granddaughter of one of the popular actor Raj Kapoor. Her father Nikhil Nanda is the son of Ritu Nanda, who is the daughter of Raj Kapoor. Navya Naveli Nanda is the daughter who belongs to legendary families of Indian cinema Bachchan’s and Kapoor’s. Although she is more attached to Bachchan’s and that’s why everybody knows her because of the Bachchan family.

Navya Nanda is very close to her Siblings.

Having siblings with you is the most significant gift you can get from your parents. Celebrities star also blessed with the gift of siblings.

Navya Naveli Nanda is the elder sister of her younger brother Agastya Nanda who is 13 years old he studies in London. She loves her brother so much that she enjoyed every single moment.

Navya has its hidden talents

She is very good at playing the piano, which is an unknown fact about her. She has a very excellent skill of playing the piano, this is revealed by none other than her Grandfather Amitabh Bachchan he said: “that let her accomplish her dreams”. Navya Nanda surprising all of us with her hidden talent for playing superb music on keys of a piano.

Navya has a good circle of Best friends.

After siblings having best friends in your life is the most significant gift you can get from this life. Best friends are those who can help you out in your tough times. Navya is currently studying in Sevenoaks school of London, the same school in which son of Shah Rukh Khan’s Aryan Khan is also studying. They both are a best friend and give their best to enjoy school life.

Navya is in PARIS

As we all know she is entering in Bollywood very soon, but she is preparing for all these lights and Camera that’s why she made her debut at Parisian Le Bal des Debutantes last year.

She shared her excitement and said that “this is the first time I’m doing anything like this before this I’m very nervous and excited. I’m also learning a dance to get up to the mark, I’m also practising wearing heels and style of walking because this is a very unusual thing for me.”

Navya the one special among all

Navya Naveli Nanda is the lucky one. She is invited by ball among 25 young women from the world which was held on 28 Nov 2015 in Paris. Every girl at the ball gets one top designer dress which she has to wear in the evening from their collection.

Navya Nanda got her favourite Dior.

She loves to wear designer dresses every time she gets the chance.

Navya Nanda wants to become the next Bollywood Queen.

Navya wants to chase the dreams of her mother, Shweta Nanda. As Shweta Nanda was timid most of the time she refuses to come in front of the Camera, She never gets a chance into the film industry. Now Navya wants to follow the dreams of her mother and want to rule the Bollywood by becoming the queen of Bollywood. Navya has a clear plan to enter in Bollywood and give big hits and try to maintain the legacy of acting given by her family.

Navya Nanda has a Dream debut with Karan Johar.

Everybody wants to do a film under the umbrella of Karan Johar as we all know he is a very famous and successful Director, Producer, Screenwriter and actor as well. Shweta Nanda and Karan Johar are childhood buddies, and nowadays rumours are coming that soon Navya will be introduced in Bollywood by Kjo.

The young blood from a famous family Navya Naveli Nanda is going to hit the big screen in future. She is perfect at playing music and love to do acting as well; she also loves to wear designer clothes. She has a dream to do a debut film with Karan Johar, a very famous director the fans are waiting for her debut film in Bollywood.