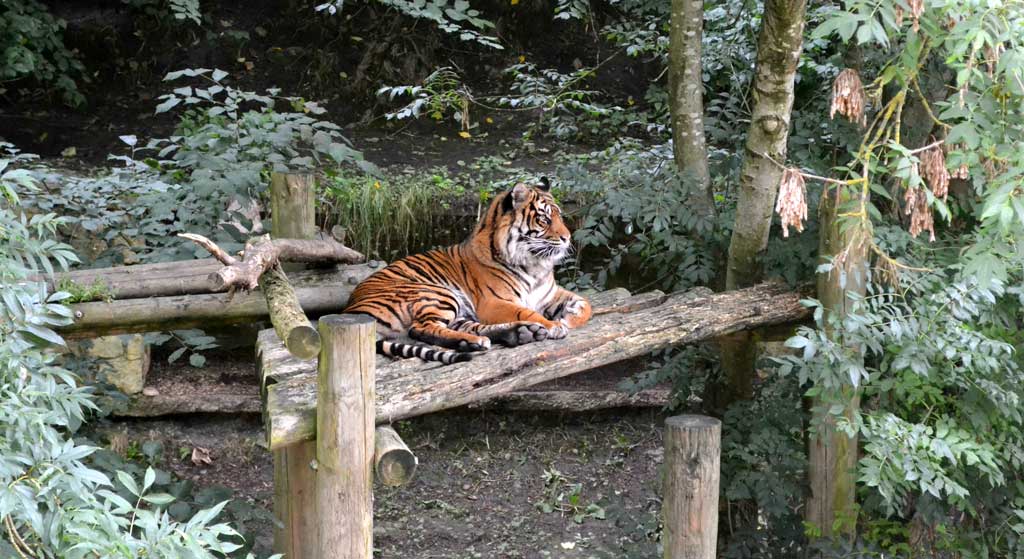 Corbett National Park is popular know as Jim Corbett National Park. It is the oldest national park in India. It was established in 1936 to protect the endangered Bengal tiger. It is situated in the foothills of the Himalayan range of in Nainital district of Uttarakhand.

Corbett has been a hangout for tourists and wildlife lovers for a long time. The present area of this reserve is 1,318.54 square kilometers. There are many documentaries which are featured to raise the awareness towards stunning Bengal Tigers.

The Bandipur National Park is one of the most popular among all the national parks situated in South India. Bandipur National Park was established in 1974 as a tiger reserve under Project Tiger. It is situated in the south Indian state of Karnataka. The lush forest area of the Deccan Plateau and the Western Ghats makes this national park one of the magnificent parks.

Ranthambhore is the another largest National park in northern India. Popularly known for its Bengal Tigers as well as its large tiger population. Ranthambhore officially became a national park in 1980. The Ranthambore National Park is situated in the Rajasthan state and it is the only royal national parks in India. The marvelous Tigers are the pride of this national park.

Kaziranga National park is located in the Assam state at Golaghat and Nagaon district. This sanctuary is the presenter of the two-thirds of the world’s great one-horned rhinoceroses, is a World Heritage Site. Kaziranga National Park is one of the biggest wildlife sanctuaries to explore the wildlife of Northeast India. The park also testimony of a large number of migratory birds during the winters.

“Bamni Dadar” is the wonderful sunset point of the Kanha National Park. It offers the most spectacular views of the animals in their natural habitat.

Sundarbans National Park is a Tiger Reserve and Biosphere Reserve. It was established in the year 1973 and is located in the deltaic region of India which shares its boundaries with Bangladesh. Sundarbans is the original abode of the sensational Royal Bengal Tigers. Sundarbans is excessively rich in avifauna, aquafauna, and reptiles.

Gir National Park was established in the year 1965 which is situated in the Gujarat state. It is one of the magnificently preserved areas for the Asiatic Lions. October-June is the best time to visit the place and watch these fantastic beasts strolling in their territories Rivers.

It is the only national park which has seven major chronic rivers of the Gir region are Hiran, Datardi, Shingoda, Machhundri, Godavari, Raval and Shetrunji.

Extraordinary Places in the world to visit