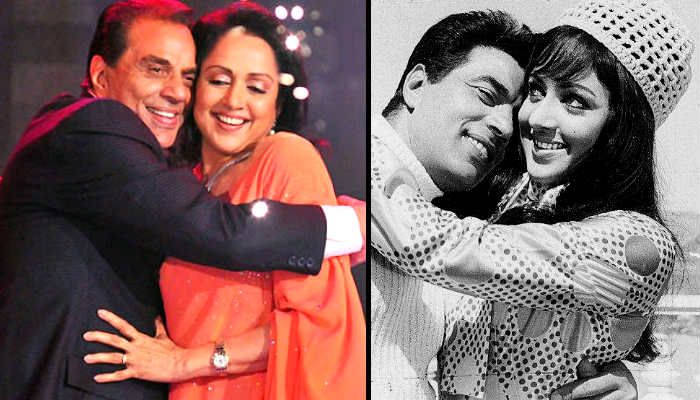 “Matter of heart is hardly judges by age”. There are some people who love their partner without any condition. In Bollywood industry, many celebrities go beyond this and marry each other. When you love someone then your age became just a number. We have many couples in Bollywood who have a big  age difference. Let’s take a closer look on these cute couples who have everything common other than their age.

It seems like the Chote Nawab always finds difficult to find women of his own age. In past, Saif Ali Khan married Amirtia Rao who is 12-years elder to him but they love each other and for them, age doesn’t matter. Unfortunately, their marriage ended in 2004.

After this Chote Nawab fell in love with Kareen Kapoor. They both meet on the sets of Tashan. Kareen is 11 years younger to Saif Ali Khan. They both look too cute and sexy together. This successful couple is blessed with a baby boy name as Taimur in 2017.

This is the most interesting love story of Bollywood. Dreamgirl of Bollywood fell in love with each other.

They meet in the sets of movie “TU HASEENA MAI JAWAN” (1970). Hemma Malini is 13 years younger to him, but this difference of age did not stop them to fall in love with each other. They both converted into Islam religion and got married they have two daughters Esha and Ahaana.

Sanjay Dutt faces lots of ups and downs in his life to get a happy married life. Their first appearance as a couple was in 2007. This couple faces lots of objection by Sanjay Dutt sister’s when they are about to marry in 2008. This relation gets more strong when Manyata give birth to twins in 2010. Manayta is 19 years younger to him but this does not affect their relationship. For the first time, Sanjay Dutt enjoys the love of his wife and his children’s.

This is a very old love story of Bollywood when men married to women of his half age, yes this is the story of a great legend of Bollywood Dilip Kumar. The actor was 45 and she was just 22 at the time of their wedding. They both get married in 1966, but the bad times occur in their relationship in the year 1980 when Dilip Kumar’s affair with Pakistani model revealed but this get ended easily. Since that time they are living happy married life and this couple is very much in love.

Kabir Bedi is a man who can attract the women’s half of his age. It took 3 marriages for him to find the true love and a happy life. This is 4th marriage for 69-year-old Kabir Bedi the age difference between two is almost 30 years which means Praveen Dusanj is not only younger to him but also younger to his daughter. They are happily married since 2005 and they look cute together.

The first king of Bollywood cinema marries a girl half of his age. Rajesh Khanna married to Dimple Kapadia when she was just 16 years old and he was at that time 31 year old.

After marriage Dimple stops doing acting in the industry over 10 years they got separated in the year 1982 for some personal reason but they never filled divorce.

Dimple was with him whenever he gets ill until the day he passed away. Their love for each other never dies.

When you love someone then you just never judge anyone’s age, you love them by their heart, not by age. Age became a number when there is a feeling of true love. In Bollywood, some celebrities proved this by doing marry to each other by avoiding the barrier of the age difference.